My review of the Dockatot Deluxe, my favorite multi-use baby lounger and co-sleeper for newborns. 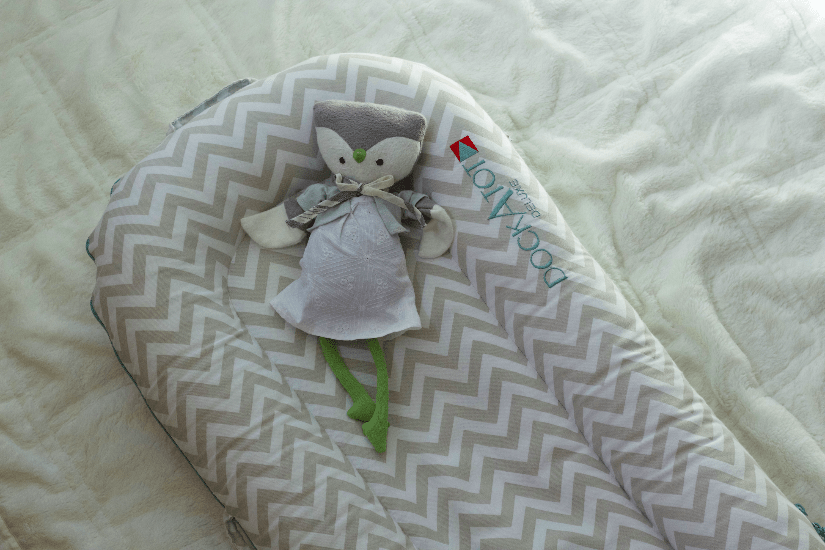 My only regret about my Dockatot Deluxe is that we didn’t buy it sooner! I purchased the Deluxe when my baby was three months old. It felt like a gamble because I didn’t personally know anyone who had used one. I needed to find a comprehensive Dockatot review! The Dockatot appealed to me because my tiny baby had a hard time napping when she wasn’t in my arms. She also disliked sleeping in her travel crib when we spent the night at her grandparents’ house. And occasionally, we ended up bringing her into our bed on difficult nights. The Dockatot solved all of these problems for us. It was definitely worth the money, and I love it when baby gear is worth the money! This is truly the luxury baby item I wish I’d had from day one. I’m writing the Dockatot review I wish I’d encountered when I was trying to figure out if I should buy one.

What Is A Dockatot?

The Dockatot is a multi-functional baby lounger. It can be used for safe co-sleeping, lounging around the house, playtime, cuddling time, and more. It operates beautifully as a portable bed or play station for infants. With the Dockatot, your child can sleep or play without being strapped in to something. I know I was always trying to limit the amount of time my baby spent in restrictive equipment such as swings, car seats, etc. For more information on the moderate and intentional use of baby equipment, read this excellent series by CanDoKiddo. The author, Rachel of CanDoKiddo, is a pediatric occupational therapist with lots of great ideas about how to limit your child’s time in baby holding devices.

Can You Co-sleep with A Dockatot?

I loved using the Dockatot as a co-sleeper. I wish I’d found a Dockatot review that addressed its potential as a safe co-sleeper! We placed our baby in the Dockatot between us in bed and felt close to her but safe because of the comfy protective sides. I wasn’t a big fan of nursing from a side-lying position, but I’ve heard that the Dockatot can make night nursing easier for moms who do like to nurse in bed.

A friend asked if the Dockatot took up too much space in our bed. Not at all! We have a queen bed and neither of us felt squished when the baby joined us in the Dockatot. The bed felt crowded at times when I was pregnant, so maybe I just got used to more limited space.

My child rarely started the night in her Dockatot, but she often ended it there, nestled between me and my husband. This was especially valuable in the early morning stretch after her 5am feeding. Our baby was able to go back to sleep in the Dockatot, giving us a few more minutes of sleep before she was ready to begin the day.

The walls of the Dockatot provide a good barrier, but are also soft and comfortable to lean against. Even if we’d only used it as a safe co-sleeper, the Dockatot would have been worth it to us.

Is Co-sleeping with a DockATot Safe?

That said, even a safe co-sleeper needs to be used correctly and responsibly. The Dockatot website reminds us that “DockATot should always be placed in the middle of the bed (not near the sides) and at the top of the bed during co-sleeping.”

Can DockATot Be Used as Travel Crib?

Traveling with the Dockatot made me wish I hadn’t purchased a fold-up travel crib. Our baby was happy to nap in the Dockatot on the floor of a quiet, darkened room. At night, she slept in the Dockatot between us in bed, as described in the co-sleeping section above. Because the Dockatot is lightweight it was a breeze to travel with and we didn’t have to set anything up or fold anything back down. If I’d purchased the Dockatot from the get-go, I don’t think I would have registered for a traditional travel crib.

(Side Note: Now that my baby is older, I do need my traditional travel crib. But it can be nice to spread out the cost of these larger purchases.)

As I mentioned earlier, I let my baby nap in my arms. This was a conscious choice. As she reached 4 months I needed her to starting napping in her crib. Initially I let her fall asleep in my arms, then I transitioned her to the Dockatot. Eventually I was able to set her down drowsy in the Dockatot. Once she was used to that I set her down drowsy in her crib and she fell asleep on her own. Suddenly I could shower and do dishes and respond to emails! This was the moment when I was slowly able to emerge from the newborn stage.

I liked bringing my Dockatot with me on outings with my infant. It meant I always had a soft and safe place to set her down. She played in the Dockatot while her cousins hunted for Easter eggs. She rested in her Dockatot in the grass while we enjoyed some much needed time outside. She took supervised naps in her Dockatot when we went on short dates and relatives were kind enough to watch her for us. This was particularly perfect in the months before she could roll over on her own. She definitely preferred being her cozy Dockatot over being strapped into her infant swing. I’ve loved board books from the beginning, so I also read aloud while my baby lounged in her dock.

You can read about Dockatot’s extensive safety testing on their website, but here’s the gist: the fabric is 100% breathable, Oeko Tek certified (tested for harmful chemicals and substances), and washable. As an occasional co-sleeper, I cared a lot about breathability. As someone who wants to create the safest home environment I can, I feel reassured that this product meets high environmental safety standards.

The Dockatot cover is easy to wash. I haven’t washed the interior cushions because we haven’t had any major accidents. I did make the mistake of tossing away the deluxe poly bag it came in, which I wish I’d kept for travel purposes. However, they now offer a nice polyester travel bag. If you damage any parts, you can buy them separately on the website. When I reuse my Dockatot for a second baby, I will probably replace the pad.

Dockatot offers tons of cute covers. We have the Silver Lining/Chevron cover because it was available to ship next-day on Amazon, but I love the Toile du Juoy dusty blue and the classic pristine white.

The Dockatot is worth every penny for it’s high quality materials, extensive safety testing, and functionality. The Deluxe ranges from $165-$195, depending on the cover you choose. After seeing how easily my baby slept in the Dockatot, I knew clearly that it was a good investment for my family.

Do you have any questions I haven’t addressed in my Dockatot review? It’s easily one of my favorite baby purchases. Thanks for reading my Dockatot review! If you buy one for your baby, be sure to let me know! I think you’ll love it!

Looking for other newborn essentials? Read about my favorite burp cloths and the only baby wipes I like to use. 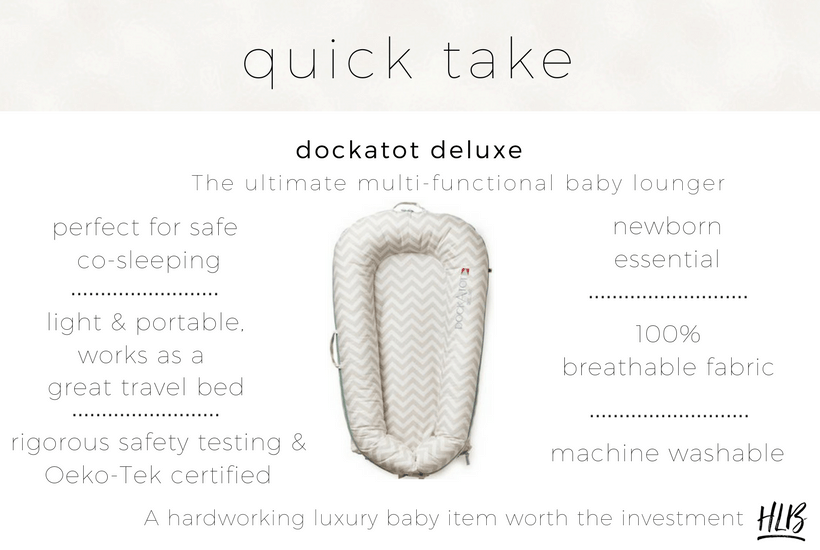 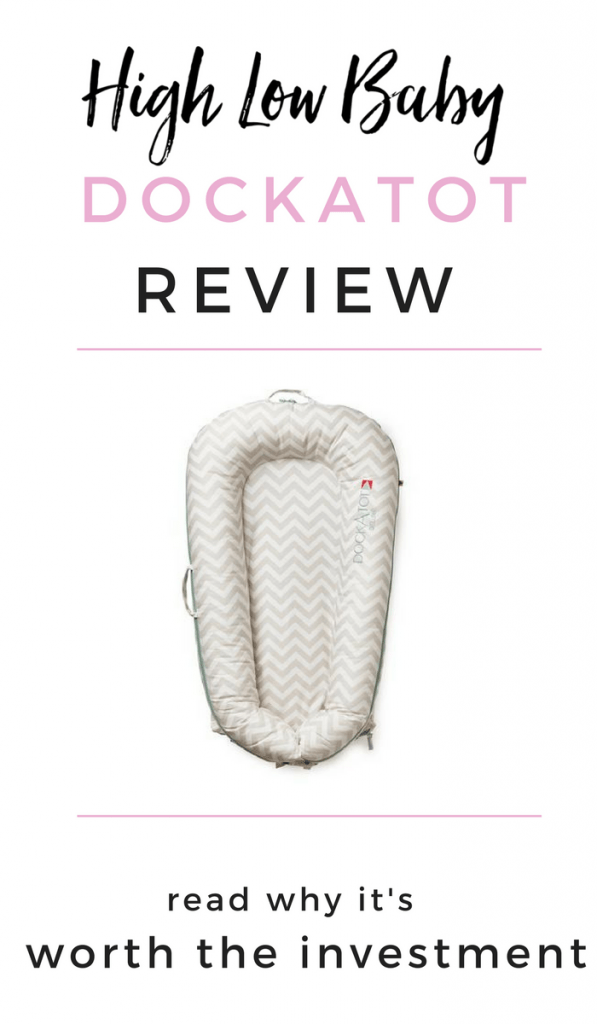 My name is Kate and I live in a California beach town with my husband & baby girl. At High Low Baby, I review baby products at high and low price points.

This site uses Akismet to reduce spam. Learn how your comment data is processed. 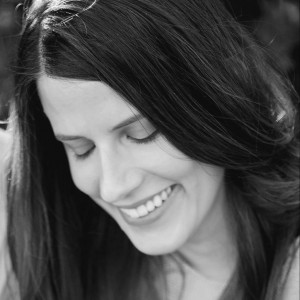 My name is Kate and I live in a California beach town with my husband & baby girl. At High Low Baby, I review baby products at high and low price points. Read More…

High Low Baby is a participant in the Amazon Services LLC Associates Program, an affiliate advertising program designed to provide a means for sites to earn advertising fees by advertising and linking to Amazon.com